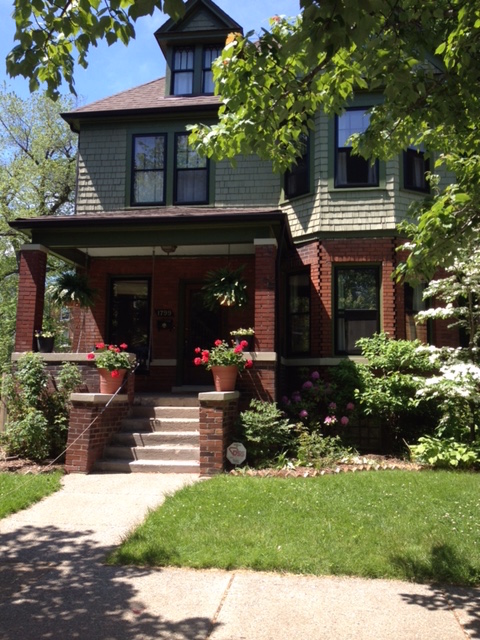 I noticed the house while checking out another house nearby. It had been vacant for five or so years and was pretty stripped, but it was a great block and structurally sound. My wife and I had to spend a couple months stalking the realtor who represented whichever bank happened to own it that week and assuring him that yes, we did indeed want the house, but eventually it was ours!

The first project (pre-move in) was to redo all major systems. Since electric, plumbing and boiler were shot and radiators were stolen, it needed some major work before we moved in. A contractor coordinated this, which was helpful since our acquisition-rehab loan required a pretty short turnaround time to meet code. We opted for the more economical forced air HVAC system which, while it was a cost decision more than anything, I will say that the A/C is pretty nice come August. While this was being done, we had some of the other "you don't want to do this while you live here if you can avoid it" things like blowing in insulation (we did that ourselves), refinishing floors, major plaster repairs, etc.