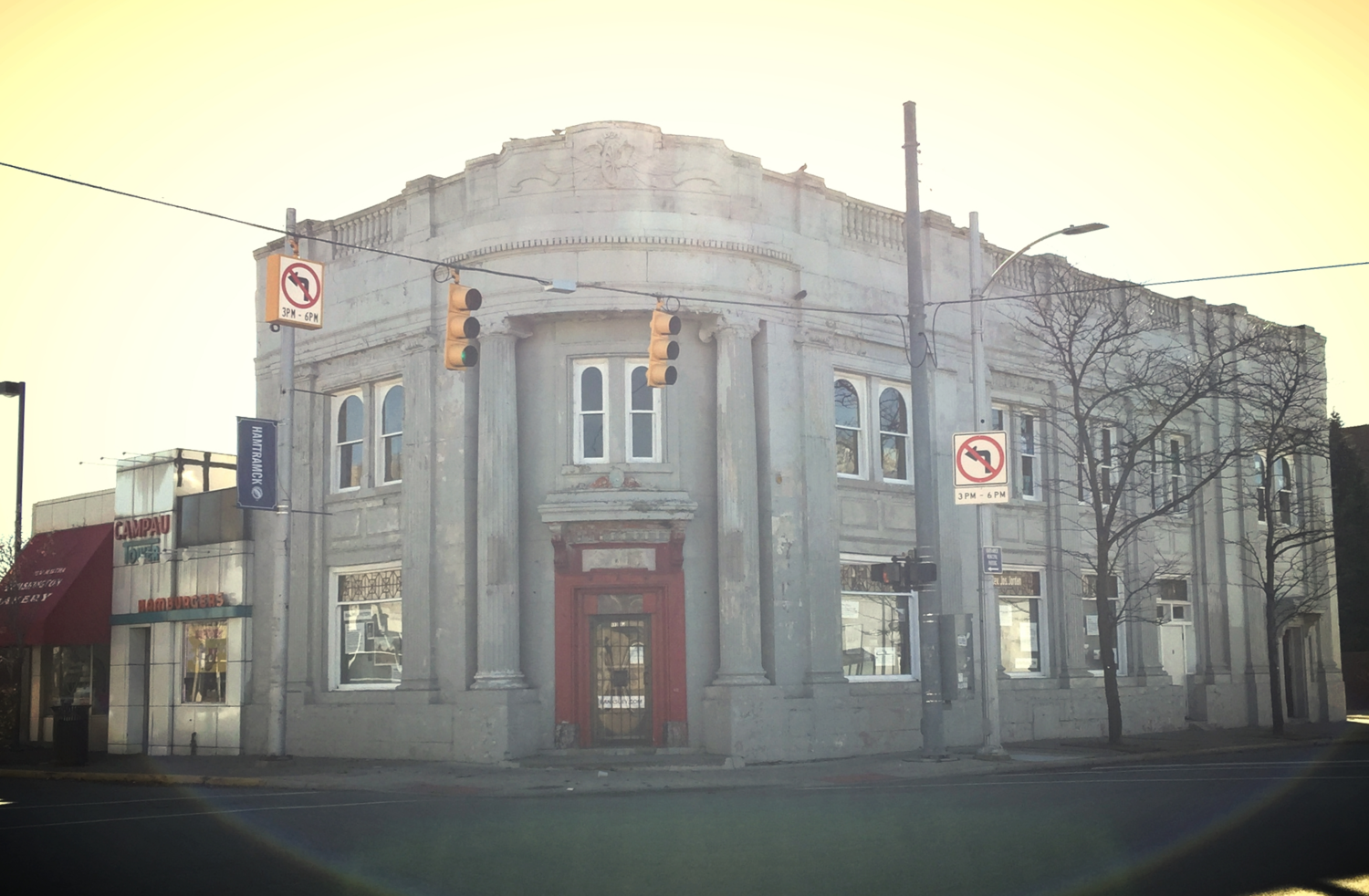 I live a few streets away from our project site, and fell in love with it driving past each day. It's an old 1920s bank, most recently a chop suey restaurant. When it came up for sale, I had to look into it, even though we were not looking for a building! We've been working on our building since Sept. 2014. It has 2 floors and we have been focusing on rehabbing the main floor first. Even though it was a working building for most of it's life, much of it definitely been neglected. It seems like over the years, solutions have been to paint over it/ caulk it/ tile over it. Most of our work has been stripping away layers and layers, and lots of repair. For example, We have a beautiful plaster ceiling that has been covered since the 30s-- we took down 2 ceilings to get to it, then have spent much time patching the plaster and rebuilding edges. We have a website BankSuey.com where we are trying to keep track of what we're doing, along with doing some historical research on our building.

The VERY FIRST THING we did was take down the drop ceiling, along with all the fluorescent lights. Then we ripped out the SECOND ceiling that was under that!

It took: A few afternoons

Ripped up old tile! There were 5-7 layers of tile in the main room (1,600 sq. ft. about 1, 200 of it tiled) . We peeled up some of it, and decided to rip it all out when we realized the original floor was ceramic hexagonal tile. This was a much bigger endeavor than we expected. We really just used scraping tools, heat guns/ other methods were useless and made things worse. We had to spray the area with water and wear masks to keep dust down. Some layers came off easier than others, some had AWFUL glue that wouldn't budge. Then we realized around halfway through that in one area (maybe 500 sq ft) there was a layer of concrete/leveler which we had to rip out to get to that hex tile, a much bigger job/ different job than just ripping out tile. It was a TON of work, not something we expected to be such a large project. When I look at those hex tiles it was definitely worth it, but we probably wouldn't have done it had we not been sort of naive.

It took: A month+ (Though we STILL need to do some final glue scraping, and hire someone to do some sort of deep clean and waxing?)

Cost: Well, so, my friend let me borrow their truck...